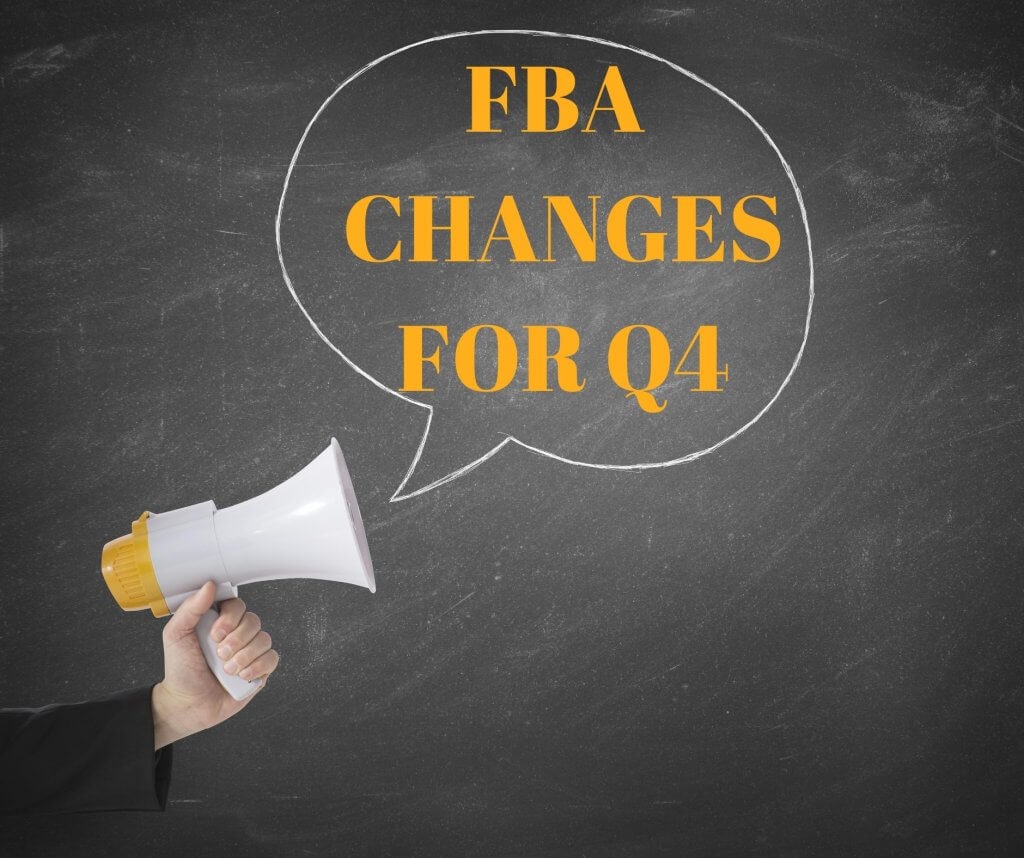 A series of sweeping FBA changes is about to take effect in a few weeks. Sellers who don’t reach the new minimum IPI score will be faced with lower FBA quantity limits next season. Whether you’re among them or not, you’re bound to be affected too.

Just as we were warning merchants to plan ahead for Q4, Amazon sent an e-mail about major changes affecting FBA sellers.

The announcement was also shared on the seller forums in a thread titled “FBA changes as we prepare for a successful peak”. And it caused quite a reaction among sellers.

To start with, Amazon listed some of the efforts it’s making to cope with COVID-19 and help sellers grow. It said it’s investing over $30 billion in FBA, opening 33 new FCs in the USA, and hiring 175,000 employees.

But the focus of the e-mail quickly shifted onto FBA sellers and their new obligations:

So, what does this mean for FBA sellers?

Can sellers still have unlimited storage this Q4?

And what’s the deadline for free removal orders?

We’ll look at all of these issues in turn.

This July, it soared to 500 and the evaluation period was brought forward by 5 weeks.

So, not only did Amazon raise the threshold but also extend the stock limit enforcement period and replace quarterly evaluation weeks.

For Q4, the enforcement period was extended from 13 weeks to 19 weeks. And the number of weeks between the first and the second IPI check shrank from 5 to 4 weeks.

Affected sellers should have been notified of their IPI score and stock limits by now.

If you’ve been notified, you have less than two weeks to get your IPI score back ‘in the green’. 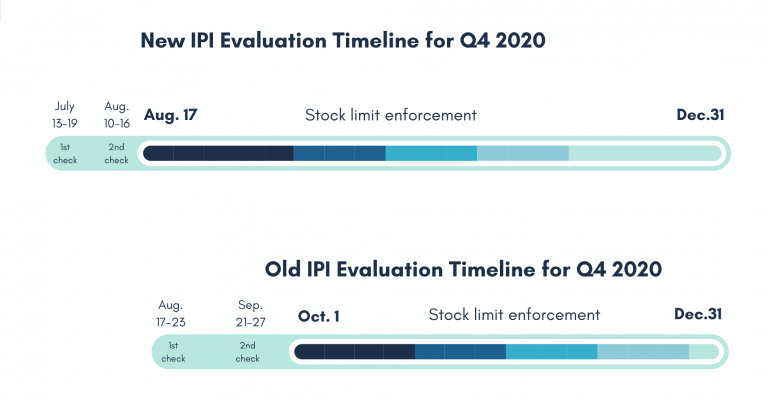 Back in May, Amazon removed quantity limits.

Now the storage limits are being reintroduced.

But this Q4, they have less to do with volume and more to do with the ASIN in question.

This means that sellers no longer need to focus on light and small items to maximize profits.

There’s no indication that this change is permanent. But until Dec. 31, anything above this storage limit will incur an overage fee.

And as of Aug.1, this overage fee will be charged on a monthly basis at a rate of $10 (£7.8) per cubic foot, even if sellers only exceed their limit on a single day.

The free removal promotion is back. We don’t know what the deadline is, but Amazon claims that it’s available “for a limited time”.

Considering stock limits come into force on August 16 and many sellers report lengthy delays, the sooner you create your removal orders the better.

To many FBA sellers, Amazon’s decision to raise the minimum IPI score and change FBA quantity limits may seem rushed, to say the least.

There’s no doubt that even seasoned sellers will find themselves in troubled waters next month.

But sweeping FBA changes are becoming the norm. To stay afloat, FBA sellers must adapt quickly. That’s why we recommend using our software suite: SellerEngine Plus to speed up shipments to Amazon, Sellery to reprice in real-time and maximize profits, and Profit Bandit to figure out what to sell on Amazon. 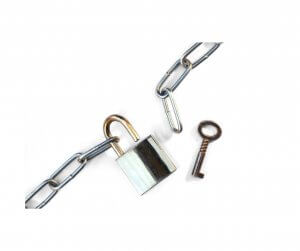 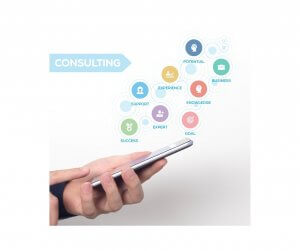 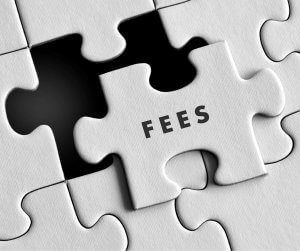